VATICAN CITY (ChurchMilitant.com) – The Pontifical Council for Interreligious Dialogue is encouraging Christians to join in the Islamic iftar ‘ritual’ meal on the occasion of the Muslim festival of Ramadan.

In a Ramadan greeting to “Muslim brothers and sisters” Friday, the Vatican dicastery called upon Christians and Muslims to “protect together” mosques and churches and quoted the prophet Isaiah 56:7 affirming that “a place of worship of any religion, therefore, is ‘a house of prayer.'”

“For us, your Christian friends, it is a propitious time to further strengthen our relationships with you, by greeting you, meeting you on this occasion and, where possible, by sharing in an Iftar with you,” the statement read.

Speaking to Church Militant, world-renowned Islamic scholar Robert Spencer said he was disturbed by the Vatican’s “assumptions that arise from Vatican II declarations about Muslims together with us adoring the God of Abraham.”

“By participating in iftars, Christians are helping celebrate an imperative to conquer and subjugate them,” he noted. “Iftar is not just a meal. It is the breaking of the Ramadan fast every evening. Ramadan is a month devoted to intensifying one’s observance of Islam and growing more righteous.”

“In Islam, the most righteous deed of all is jihad, which most prominently involves warfare against and the subjugation of non-Muslims. A hadith has a Muslim asking Muhammad: ‘Instruct me as to such a deed as equals Jihad (in reward).’ Muhammad replied, ‘I do not find such a deed’ (Bukhari 4.52.44),” Spencer explained.

Author of the bestselling The History of Jihad: From Muhammad to ISIS, the historian told Church Militant he was also shocked by the Vatican drawing a parallel “between the destruction of churches and mosques in this age or any age.”

“Such equivalence demonstrates historical illiteracy as throughout history thousands, if not tens of thousands, of churches have been turned into mosques in order to demonstrate the superiority of Islam over Christianity, and the victory of Muslims over Christians,” Spencer observed.

The foremost example of this is the Hagia Sophia in Istanbul. Also the Umayyad Mosque, formerly the Cathedral of St. John the Baptist in Damascus. The mosque of Cordoba might seem to be an equivalent example of a mosque that was converted into a church, but it is just a single example against a mountain of examples on the Islamic side. Islam explicitly proclaims that it is the true embodiment of Christ’s teachings, and that Christianity is illegitimate. This has worked out for 1,400 years in the destruction or conversion of churches.

A Rome-based biblical scholar who spoke to Church Militant on condition of anonymity lambasted the Holy See “for twisting Scripture as the devil did on the Mount of Temptation.” By participating in iftars, Christians are helping celebrate an imperative to conquer and subjugate them.

“The Old Testament verse from Isaiah, ‘for my house shall be called a house of prayer for all peoples,’ cited in the Vatican statement, is quoted by Jesus in the gospels. Jesus add the words: ‘but you have turned it into a den of robbers,'” he said.

“Both Isaiah and Jesus are referring to the Jerusalem Temple as the place that would be thrown open to all nations as a house of prayer. Jesus proclaims that he, himself, is the new temple and only through him we can have salvation,” he explained.

“To use this Isaianic verse as a prooftext to claim that ‘a place of worship of any religion … is ‘a house of prayer,’ is poor exegesis at best and perverse interpretation at worst,” he added. “It is an insult to both Judaism and Christianity and a mockery of Jesus’ Great Commission to go to the ends of the earth to preach the gospel and baptize.”

In its Ramadan statement, the Vatican recalled Pope Francis’ words on a visit to the Heydar Aliyev Mosque, in Baku (Azerbaijan) in 2016: “Meeting one another in fraternal friendship in this place of prayer is a powerful sign, one that shows the harmony which religions can build together, based on personal relations and on the goodwill of those responsible.”To use this Isaianic verse as a prooftext to claim that ‘a place of worship of any religion … is ‘a house of prayer,’ is poor exegesis at best and perverse interpretation at worst.

But Spencer slammed the pontiff’s words as “ignoring, as do all modern Church statements about Islam, that religion’s deeply embedded doctrines that completely delegitimize Christianity and call for warfare against Christians and those of other faiths, with mosques as the base of operations (qaeda).”

“This is why we have seen weapons stockpiled in so many mosques around the world,” Spencer added, pointing out that the pope “would do well to consider who exactly is being worshiped in mosques, when Muslims have so very often, in so many countries, come out of Friday prayers and violently attacked non-Muslims.

“But as always, such incidents, of which there are very many, are completely ignored in Rome,” he lamented.

Taji Mustafa, a member of radical Islamic group Hizb ut-Tahrir, Britain, encourages Muslims to invite Christians and other non-Muslims to share iftar meals because “it is the best possible way” a Muslim can engage in dawah (missionary activity) in the West.

We are not here in the West “simply to get rich or have a better life” but “we are the ambassadors of Islam,” he stresses, “and Allah says wherever you are as a Muslim, invite [others] to the way of your lord. … invite them to an iftar.”  Answering a question whether it is forbidden (haram) to invite non-Muslims for iftar, an online Islamic forum responds: “It is permissible to have iftar with non-Muslims if there is a Shariah reason for doing so, such as calling them to the true religion [Islam], or softening their hearts towards Islam, etc. which are what is hoped for if they come and eat iftar at the tables set up for communal iftar.””But if it is done just to be friendly towards them and enjoy their company, this is a dangerous matter, because the principle of al-wala’ wa’l-bara’ (befriending the believers and showing enmity towards the disbelievers) is one of the basic principles of Islam, and one of the most important duties of the believers,” the forum advises.

On Saturday, the Vatican-backed Higher Committee of Human Fraternity, set up after

Pope Francis signed the document “Human Fraternity for World Peace and Living Together” with Grand Imam of Al-Azhar al-Tayyeb, is proposing that, on May 14, “each one from wherever they are and according to the teachings of their religion, faith, or sect, should implore God to lift this pandemic off us and the entire world.” 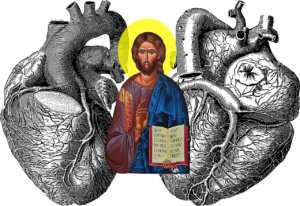 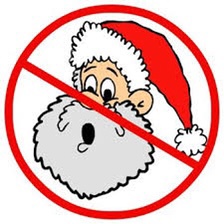