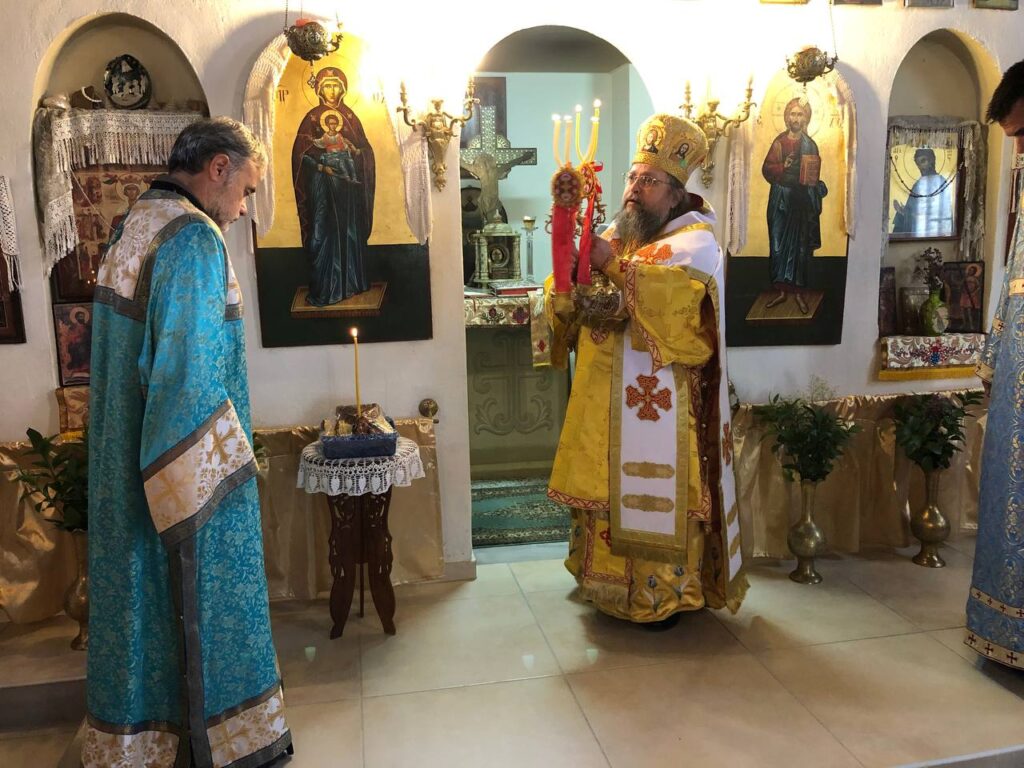 In the name of the Holy Life-Giving Undivided Trinity, Father, Son, and Holy Spirit, One God. Amen! 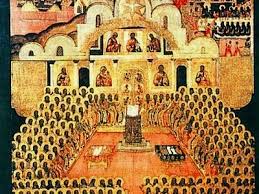 We believe in one God, creator of heaven and earth, of all things seen and unseen, known in three persons Father, Son and Holy Spirit, the homoousion and undivided Trinity.

We confess that which the Holy Nicene-Constantinopolitan Creed, the Symbol or collection of the Faith, professes.

As the Prophets saw, as the Apostles taught, as the Church received, as the teachers set dogmas, as the entire Church agreed, as Grace shined, as the Truth has been proven, as the falsehood has been expelled, as wisdom has been displayed, as Christ has awarded, so do we think and speak and preach. (Synodikon of the Seventh Ecumenical Council)

Our Holy Orthodox Church believes in the accepted dogmas of the Church established as Christ taught, as the Holy Scriptures recorded, as the Apostles, Saints, and Councils interpreted and handed down to us, as the Church always believed and in all places.  This revelation of our Lord, God and Saviour Jesus Christ was preached by the Holy Apostles and confirmed by the Ecumenical Councils and sealed by the Ecumenical Councils.

We have no communion with any “church” that may call itself “Orthodox” but has lost its confession of faith through either ancient heresies or more newly appeared heresies which are in truth based on beliefs that the Church had already rejected and in particular we reject the heresies of Ecumenism, which denies the fullness of the Church of Christ in the Orthodox Church, and Sergianism, which desired to make the Church of Christ subject to God-less authorities, both of  which spread through the so-called “Patriarchates’ of “World Orthodoxy” during these last times.

We reject the change of the Orthodox Church Calendar which was brought into some so-called “Orthodox Churches” in order to open the way for ecumenism (see the Encyclical of 1920 of the Patriarchate of Constantinople) and we adhere to the decisions of the local councils of 1583, 1593, and 1848 which reject this new church calendar.

We reject the heresy of name-worshipping, as did the synods of both Russia and Constantinople in 1913, which goes so far as to believe that “in the very sounds and the letters of the name of God the grace of God is present” (Apology, pg 188) or, which is essentially the same, that God is inseparably present in His name, which results finally in God being somehow subordinate or subject to man; and moreover, that we can consider Him to be somehow at the disposal of man. It is sufficient (even without faith or unconsciously) for a man to pronounce the name of God, and God is somehow obligated through His grace to be with this man and fulfil his desires.” (Decision of the Russian Synod, 1913)

We agree with the encyclical of the patriarchal synod of 1848 which states:

“We keep the guileless confessions that we have received from the great men, turning away from every innovation as a dictation of the devil.  The one who accepts an innovation accounts the professed Orthodox Faith as being deficient.  However, this faultless Faith has already been sealed, and it can accept neither lessening nor additions nor deterioration, and the one who should dare, to do this or advise this or even think of this, has already denied the Faith of Christ and has already wilfully come under the eternal anathema by blaspheming the Holy Spirit, by saying that the Scriptures and Ecumenical Councils didn’t tell us the entirety of the Faith.

All those who attempt to innovate,  through heresy or schism, have willingly dressed themselves in a curse like a garment, even if they be Popes or Patriarchs, or clergymen, or laity, or even an angel from heaven; Anathema!”

We reject the so-called theory of “Cyprianism” as being heretical because it states that a “church” that professes heresies can be the Church of Christ and that true believers should simply be “resistors” but at the same time members of such a heretical body.  It also professes that local and smaller synods of the Church do not have the power to declare that those who have been proven to be heretics based on the teachings of the Church, are no longer part of the Church.

Up until our times, this has been the common confession of the Orthodox.  St. Philaret of New York says,  “Those who attack the Church of Christ by teaching that Christ’s Church is divided into so-called “branches” which differ in doctrine and way of life, or that the Church does not exist visibly, but will be formed in the future when all “branches” or sects or denominations, and even religions will be united into one body; and who do not distinguish the priesthood and mysteries of the Church from those of the heretics, but say that the baptism and eucharist of heretics is effectual for salvation; therefore, to those who knowingly have communion with these aforementioned heretics or who advocate, disseminate, or defend their new heresy of Ecumenism under the pretext of brotherly love or the supposed unification of separated Christians, Anathema!”

And in the missive of the Most Holy Patriarch Tikhon regarding the Living Church we read,  “With all this, they, the modernists, had separated themselves from the unity of the body of the Ecumenical Church, and they have deprived themselves of the grace of God which abides only in the Church of Christ… And all functions and mysteries which are performed by those bishops and priests who have fallen away from the Church are without grace and the faithful who participate with them in prayer and in mysteries not only do not receive any sanctification but subject themselves to condemnation for participating in their sin (p. 291).”