Nun Tikhona, in the world Haya Rozenblatt, was born into a Jewish family that settled in Orenburg in the 1880s. Her father had a small lawyer’s practice. Haya was the eldest child in the family. Her understanding of Christianity was very confused. She thought that the holy Hierarch Nicholas was the Christian God. Once, while swimming, she began to drown. “Nicholas the Russian God, save me!” she cried, “I will become a Christian!” A wave came up and hurled her onto the other bank. Haya could not immediately fulfill her promise – she was still small and did not know what to do.

When she was fourteen years old, she began to help her father in his affairs. Once it happened that she lost a promissory note her father had given her for a large sum of money from one of his clients. Her father went mad, cruelly beat her up, and told her that if she did not find the note by nine o’clock the next morning he would kill her. All night Haya rushed round the courtyard feeling terrible. So upset was she that she decided to go the river Ural and hurl herself into it. Then suddenly she remembered the holy Hierarch Nicholas, who had saved her from drowning in her childhood. The girl prayed to St. Nicholas for help. Nine o’clock came, and Haya rushed to the latch of the gate in order to run to the Ural when suddenly she saw something snowy white in her hand. It was a promissory note… Haya decided to become a Christian. She learned that the most important priest in the town was called a “hierarch”; she learned where he lived, and went to the hierarchical house. Upon entering, she saw a small old man with long hair and a beard. It was Bishop Macarius, an elder of a lofty spiritual life. She turned to him with her request. He listened attentively to the future Christian and sent her to the Dormition women’s monastery, and its very old superior, Abbess Taisia, a clairvoyant ascetic.

Haya was baptized at the age of sixteen. She liked it so much in the monastery that after baptism she decided to become a nun. She was given her first obedience in the icon-painting workshop. Here she had to suffer a bitter insult from an older nun. The inexperienced novice was so upset that she began to have the thought of changing monastery. The clairvoyant Abbess Taisia understood her condition and said: “I don’t give you my blessing for that. You will be my secretary and a good nun.” Everything happened as she had foretold. A few years later she was tonsured as a rasofor nun, receiving also the name Taisia and became the abbess’ secretary.

Nun Taisia continued to struggle in the Dormition monastery. She had to suffer much anguish in this period. First, she was frightened that the Jews – especially her father, who hated Christians – would take revenge on her. Secondly, she found her separation from her dearly beloved mother very hard to take. Her mother, who understood nothing about either Christianity or Judaism, was also desperately sorrowful. And this angered her husband. Once Taisia received the news that her mother was near death in the Saratovsky lunatic asylum. She went there. Her appearance elicited some kind of incomprehensible alarm. The doctors whispered among themselves: “So that means that it’s true?” It turned out that her husband had brought the unfortunate woman, saying that she was mad because she imagined that her daughter was a nun. On trying to run away, she had jumped through the window and almost died. Her condition was hopeless. Taisia tried to comfort her mother as best she could. She sprinkled her with holy water with the words: “In the name of the Father and of the Son and of the Holy Spirit”. She anointed her with holy oil. She gave her a grape to eat. And her mother joyfully described how during the night there had come to her “such a beautiful Woman with a Child in her arms”, and They had smiled at her, and the Child had stretched out His hands to her. The poor woman did not know who They might be, but Taisia understood that the Most Holy Mother of God with her Pre-Eternal Son had visited her mother. When Taisia came back the next day, her mother had already died. Her father later suffered the same fate as the heretic Arius…

For a short time, Taisia had to go to a monastery in Ufa. There nobody knew her, and they were cold to her. In this monastery, she suffered paralysis, and they looked after her poorly. The Bishop of Ufa came to the monastery, and on hearing of her condition began to serve the all-night vigil in her cell. It was the eve of the feast of St. Tikhon of Zadonsk in August, and during the magnification, she saw herself in a cave church where the relics of the holy hierarch were resting. He got up out of his reliquary and gave her his hand. She came to and felt herself healed. Then she was tonsured into the mantia with the name Tikhona in memory of her healing.

On returning to Orenburg, Mother Tikhona wrote much in defense of the monasteries, for she had literary talent. With the blessing of her spiritual father, she described her life in the form of a confession and sent it to the well-known writer Sergius Alexandrovich Nilus.

In the summer of 1920, a group of Chekists came to the monastery and demanded to speak with the abbess. They demanded the closure of the monastery and the dispersal of the community. The Dormition monastery was ruled by Abbess Taisia. She was so upset and despondent that the nuns decided to elect one from their midst who was stronger in spirit to act as if she were the Abbess. Nun Tikhona was chosen. She took the name of Abbess Taisia and her whole identity, while Abbess Taisia became Nun Tikhona. The new “abbess” bore her cross with courage. Under the guise of removing church valuables, the Bolsheviks robbed the monastery of all its property. Nun Tikhona (under the guise of Abbess Taisia) accompanied them around the monastery during their searches. After one of these searches, she invited them into her cell, gave them tea, and tried to stir up their consciences. The soldiers said that they themselves did not like what they were doing, but they had no alternative… Soon the Bolsheviks learned that before them was not the real Abbess Taisia, but Nun Tikhona. With satanic fury, they cut her to pieces with their sabers. 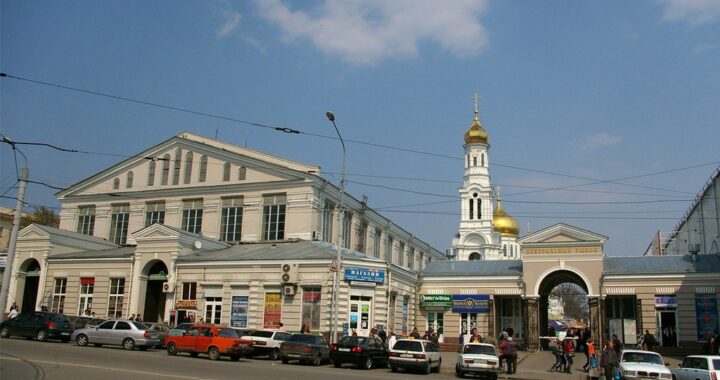 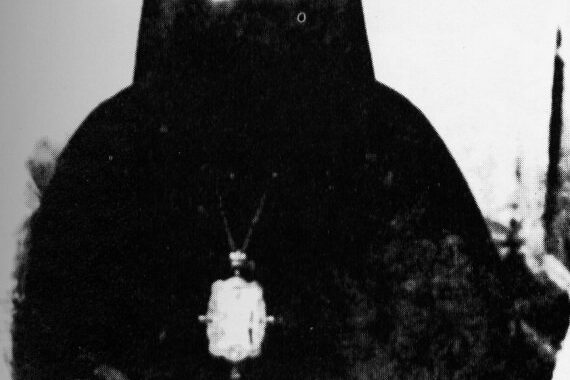 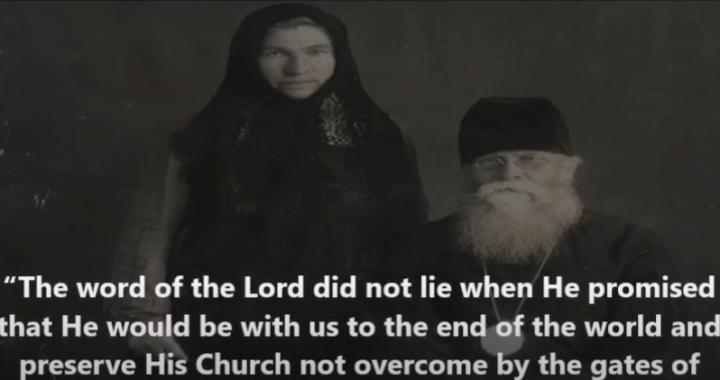 St. Joseph of Petrograd: When the externals of Orthodoxy vanish