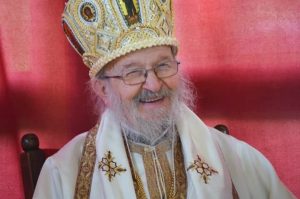 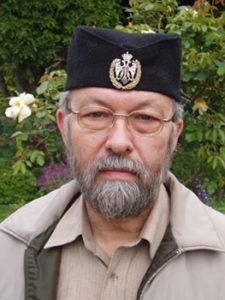 The news that the Serbian Bishop Artemije, formerly of Kosovo and Metohija, has been banned from serving by the Synod of the official Serbian Orthodox Church has naturally been welcomed by the True Orthodox Christians. Bishop Artemije has been the foremost critic of the ecumenist and modernist course of the official Serbian Church for several years. Recently he was punished by the heretical patriarchate by being removed from his see in Kosovo, where he has strong roots. Now the break with the patriarchate seems to be complete. But is it in reality?

The ecumenist heresy has been raging for almost one hundred years now, and the Serbian Church has been a member of the completely apostate World Council of Churches since the 1960s. And yet only a small remnant of anti-ecumenists has ever made the full transition from heresy to True Orthodoxy. The question is: why?

There appear to be three main reasons – or rather, excuses – why most anti-ecumenists refuse to join True Orthodoxy. The first is the most obvious: a real, complete break with heresy always elicits persecution, if not physical, then psychological. And so it is always easier to “fight from within”, with comparatively many others in the false church, than make the final break from one’s comfortable surroundings and find oneself out in the cold, in a small minority of zealots. But we must not forget that Christ suffered “outside the gate” (Hebrews 13.12), and that all those who wish to follow Him must “go 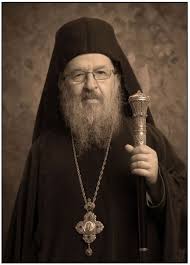 forth unto Him outsidethe camp” (v. 13) of the apostates and heretics. The fear of being alone, or almost alone, is understandable, but it must be resisted. The parents of the blind man did not confess the truth “out of fear of the Jews, who had already agreed to expel from the synagogue anyone who should acknowledge Jesus as the Christ” (John 9.22). They were like the Jews of whom the Lord said: “How can you believe when you look to one another for approval and are not concerned with the approval that come from the one God? (John 5.44). We must remember the words of Jesus, the son of Sirach: “Fight to the death for the truth, and the Lord God will war on your side” (Sirach 4.28). And of David: “I will not be afraid of ten thousands of people that set themselves against me round about” (Psalm 3.6).

For those who find the courage to break communion with “the congregation of the evil-doers” (Psalm 21.16), a second temptation presents itself: to declare that they have not broken from a false church that has lost the Grace of God, but only from a true church that still has Grace but is “ill” in some of its parts. In this way they protect themselves from the sharpest persecution, because they do not claim to be “the True Church” but only a resistance movement against certain heretics within the True Church. However, the Holy Fathers teach that heretics are outside the True Church, and they condemn those who say that there is Grace among heretics (Apostolic Canons 45 and 46). Therefore if ecumenism is a heresy – in fact, it is a “pan-heresy”, the heresy of heresies – then those who confess it are outsidethe True Church, and they do not have the Grace of sacraments. And those who reject this heresy, and break communion with the heretics, are not simply a “resistance” or “guerilla” movement that continues to recognize the heretics as “the Mother Church”. They, and they alone, are the One, Holy, Catholic and Apostolic Church.

For those who break communion with the heretics and declare that the heretics are outside the Church and have no Grace, a third temptation presents itself: to refuse to join those confessors who have confessed the faith before them and already form the True Orthodox Church. There may be various reasons for this. Perhaps in the past they condemned the True Orthodox Church, and are now ashamed to admit that they were wrong. Or they wish to organize themselves independently and do not want to submit to bishops whom they do not know. Or they do not want to admit that when they were in the heretical church they themselves were outside the Church… Whatever the reason, the refusal to join the True Orthodox Church must be harmful for True Orthodoxy as a whole. It is essential that those who separate from the heretical false church unite among themselves.

Thus in a letter to the Pope dated January 17, 1992 Patriarch Pavle asked for “a true ecumenical dialogue between our two sister Churches”.[1] Again, a year later he wrote to the Pope: “We sincerely rejoice that this joint prayer… (with) representatives of other Christian churches and confessions in Europe, as well as representatives of Islam and other great religions,… will take place in Assisi, the homeland of that righteous one and true servant of God, whose spiritual legacy and teachings have made him an apostle of humility, repentance, peace, and love. He has built a real bridge between Christians of the West and East. You may rest assured, Your Holiness, that on this day, as well as on every day given us by God, we are in communion with you in prayer for peace and the salvation of all. This is so, although the undersigned… is regretfully unable to be able personally and physically at the concelebration in Assisi. We ask you to do us a favour and receive our delegation as soon as possible in spite of your enormous volume of work and all your great difficulties. This delegation will be instructed to cooperate with these organizations which you appoint for the preparation of our meeting with Your Holiness. If God is merciful, and the meeting takes place in the not so remote future, this will be the first meeting between the Pope of Rome and the Serbian Patriarch. We once more thank Your Holiness for the invitation, attention, and love which you have shown us. We assure you that on the 9th and 10th of January, during the prayer in Assisi, we ‘with one mouth and one heart’ will offer up to the Throne of our Lord and Saviour, together with Your Holiness and all the Bishops and believers of your Holy Church, our sincere prayers for peace in the whole world and peace in Bosnia and Herzegovina.”[2]

Only in the mid-1990s was there a mass reaction against ecumenism in Serbia. This movement was led by Bishop Artemije and included about 300 clergy and monastics, who wrote to the Serbian Synod: “We ask ourselves: how long will our Holy Synod of Bishops be silent while facing the fact that one Bishop of the SOC (Bishop Irenaeus Bulovic of Backa) organized a reception of the Cardinal of  Vienna in 1996 in his cathedral church as if someone more important than the Serbian Patriarch was coming. He took the Cardinal to the Holy Sanctuary and allowed him to kiss the Holy Table. During the liturgy, he also exchanged the kiss of peace with the same Cardinal. One other Bishop (Laurence of Sabac) has often taken part in common prayers with ecumenists, pseudo-Christians, pagans and sectarians.

“Do we, Orthodox monks, not have the right to ask a question and require an explanation, which is the last degree of tolerance for our eternal salvation because we do not want to lose our soul by being led by such bishops?

“That is why we require an official explanation about the validity of attitudes which we have hitherto expressed.

“Another question is: Was it necessary to receive the money from the WCC for the new Theology School building in Belgrade so that heretics might teach their heresy to our students of Theology, while our professors of the School force the students to take the blessings from the Protestants and take part in their lectures.”

However, Patriarch Pavle remained unmoved, the movement produced no concrete results, and Serbian hierarchs have continued to the present day to pray with heretics, especially Catholics. Thus in 2000 the Catholic Archbishop of Zagreb celebrated a mass in a suburb of Novi Sad in northern Serbia which was attended by the local Orthodox bishop, and joint prayer services took place in Belgrade during a Catholic-Orthodox conference of bishops that took place in Belgrade at the invitation of the Serbian Church.[3] The Serbian bishops declared that “during these three days our sense of brotherhood in Christ was deepened through our [joint] prayer and work.”[4]

So far we have not seen answers to these questions. Less than a week has passed since Bishop Artemije was banned, so we must be patient and give him time to answer. However, before we recognize him as truly Orthodox he will have to answer these questions in a truly Orthodox spirit. For we are not permitted to recognized a bishop until he has shown himself completely Orthodox in word and deed. Otherwise, if he does not answer these questions, we will regretfully conclude that, while the official Serbian Church has succeeded in getting rid of a nuisance and increased its own unity in evil, the True Orthodox Church has not acquired a new champion…