Today we prayerfully mark the honor of one of the greatest prophets of the Old Testament, Prophet Elias (the “Tishbite”).

We are accustomed to thinking the prophets are people who predict the future. That is far from accurate. Prophets are pious, Divinely-appointed people who taught the faith to people, denouncing the impious, threatening them with the wrath of God, while consoling the righteous with the hope of the arrival to the world of the promised Savior. In proof they demonstrated that they were sent by God, the Lord granting them the power to perform miracles, to predict the future.
At the same time, they earnestly and often boldly prayed to the King of Heaven for sinners. Such was glorious Elijah, called by the Church an angel in the flesh for his austere and deprived way of life, his mind and heart eternally focused on God.

He appeared during the wicked reign of King Ahab and his evil wife Jezebel, when almost all the nation, having forgotten the true God, was immersed in lawlessness. Stern denunciation was no longer effective, another, more powerful means was required. And so Elijah appeared to Ahab and declared to him: “As the LORD God of Israel liveth, before whom I stand, there shall not be dew nor rain these years, but according to my word” (1 Kings 17:1).

The heavens then closed, the earth became parched, and a great hunger came upon the people. Seeing this calamity, the people understood that it was God’s punishment, and they gradually began to repent. Only Ahab and Jezebel were defiant and sought Elijah, whom he deemed guilty of the drought. Aren’t we just like this? When some misstep is pointed out to us, we don’t think about correcting our behavior, we look for the one who pointed this out: let us get our revenge!

Elijah finally came to Ahab, still unrepentant, who together with his wife and a multitude of conjurers and idols strove to show the people who the true God is. For this, they prepared two sacrificial altars, one dedicated to Baal, the other to the God Whom Elijah worshiped. The people decided that whichever deity sends down fire from heaven is the true God.

The priests of Baal prayed long and fervently, and, of course, with futility, but when Elijah prayed, fire from heaven immediately ignited the sacrifice and evaporated all the water that Elijah had ordered to douse the firewood. Then the people, astounded by this miracle, declared: “The LORD, he is the God; the LORD, he is the God” (1 Kings 18:39). That very day, as Elijah had spoken, rain began to fall, which had not happened in three years and six months.

Before this, the Lord heeded the pleas of His servant. We know that by the prayers of Elijah, a handful of flour and a small amount of butter from one pious widow of Zarephath were enough to feed several people during the terrible famine taking place at the time. When this widow’s son died, then Elijah prayed and he was risen. Such is the power of prayer!

One might say: this was a great prophet. Yes, this is true, That is why the Church calls upon us to emulate him, which is entirely possible, for Elijah was a person just like us. It was not only to the prophets and Apostles that Christ said: “Ask and ye shall receive” (Luk 11:9) but to all those who earnestly follow Him. “Ye shall receive” if only we pray persistently, with profound faith, and if the object of our prayers does not counter the wisdom and grace of God and the benefit of the person praying. Unfortunately, in most cases, we limit ourselves to external prayer. In fact, we sometimes recite two or three familiar prayers and make a few prostrations, and that is all. We “skate on the surface” as they say and think that we have prayed. No, this is not the proper preparation for true effective prayer. Imagine a cold, unheated room. You put firewood into the stove, they glow brightly, but there is no warmth. The desired temperature will only arrive when the wood burns and the door to the stove is closed. The same applies to prayer. The holy words you know are like the pieces of wood which will warm your soul and attain for it the desired fervor. And then, and only then, will the recitation of common prayer cease and the soul will begin to speak its own words, and tears of joy will pour from you eyes. What a blessed state this is! It will not last long, and it happens infrequently, but you will desire for it to happen again. That is the power of prayer that can summon down the heavens and the mercy of God, Who can even perform signs and miracles… 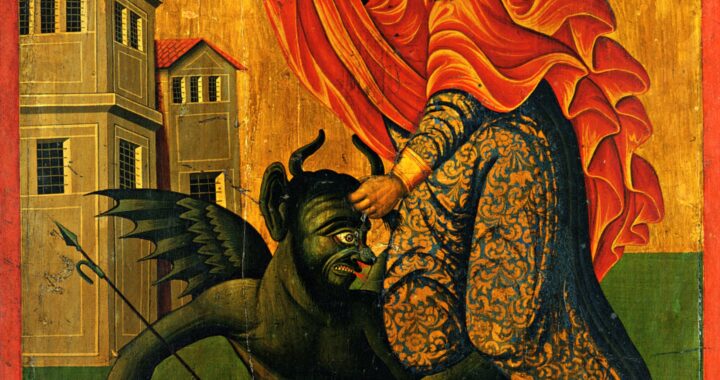 A Great Helper on July 17th According to the Orthodox Calendar

5 Questions to Prove that You Might Not Understand the Church in the Same Way as St. Gregory the Theologian