Pope Francis has been challenged to go vegan for Lent – and in exchange for his sacrifice, he’d receive a $1 million donation to a charity of his choice.

Earlier this week, an open letter was published appealing to the pope to abstain from all animal products during Lent, which is set to begin on March 6 for Catholics and will end at Easter. The letter makes a strong case that a vegan diet will yield dividends for the environment.

Should the pope accept the offer, the million-dollar donation would be made by the Blue Horizon International Foundation, which seeks to “accelerate the removal of animals from the global food chain.”

What Orthodox Christian due at every fast, on every Wednesday and Friday, and especially during Great Lent is a dare to the Pope of Rome! 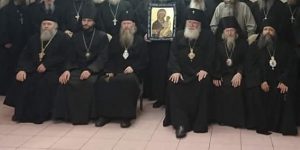