According to the News Agency “Romfea” “Metropolitan” Epiphaniy of Ukraine mentioned the raising of their autocephalous church to a Patriarchate in an introduction at a meeting of members of his Synod on December 15, 2020.

Epiphanius also touched upon the matter of the use of Holy Chrism that had been consecrated by two of the dubious (even for “World Orthodoxy”) church structures before the Patriarchate of Constantinople accepted them. That is the Chrism of the “Patriarchate of Kiev” (Philaret) and the Ukrainian Autocephalous Church (of Makariy Maletych).

Epiphaniy noted that even in the ancient times of the Metropolis of Kiev the consecration of Holy Chrism took place at the Lavra of the Caves of Kiev without that meaning autocephaly. 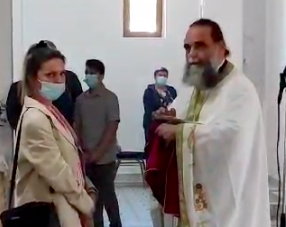