Many have now noticed signs which point to the imminent end of the world. Some scientists have already determined that this is probably the result of an old world that has passed its prime and they even guess when the end might come. Other people study the prophecies in the Bible and read into them the end of contemporary political life. These people foresee the advent of a worldwide crisis and the last days. Meanwhile, for us, the times and seasons have not been revealed. The Lord has only warned us concerning those events which will precede the end of the world saying, ‘“Take heed that no man deceive you. For many shall come in My name, saying, I am Christ; and shall deceive many.”

In addition to the appearance of various false messiahs, there is now talk concerning the birth and preparation of a more serious pretender who will occupy the position of a worldwide false messiah. At this time we cannot positively confirm anything except that signs have appeared according to which we can expect the appearance of the “son of perdition” in the very near future. This will take place soon after the unification of the whole world in a single world government.

It is not accidental that the Lord, according to the ways of His Providence, does not reveal to us these details in their fullness. For us it is sufficient to know that we have already entered into that period of history which in all probability pertains to the imminent appearance of Antichrist. This means that we must be spiritually prepared.

What comprises this preparation? It consists in the strengthening of our spiritual powers so that we develop the ability to resist the temptations of the Antichrist. Many of these temptations, such as the weakening of faith, the deification of mankind, the betrayal of faith in a single true Church because of a desire for humanistic religious union in a false church, already stand before us, preparing even Orthodox Christians to follow Antichrist along these paths.

What should we do besides observing the signs of the times? We have to train ourselves, our flocks, and all Orthodox families in the firm belief that our Lord has given us the blessing of belonging to the One, True Church. As at the beginning of its existence, the Church today represents a minority. But the True Church is not determined by having the majority of believers on earth as its members. The True Church consists rather of those people who are faithful and devoted to it. This faithfulness is not an easy task, it demands firm faith, spiritual strength, and devotion to the truth in a world around us which is foreign to Christ. In the face of those temptations which already exist, and those to come, we must direct all of our spiritual and mental powers toward preparation for any temptation.

The Synod of Bishops of the Russian Orthodox Church Abroad 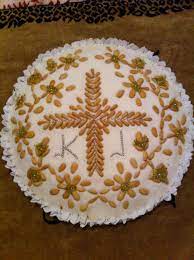