Establishment of Eucharistic Communion between STOC and “ROCA”

We read about this yesterday (source: ANNOUNCEMENT OF THE ESTABLISHMENT OF EUCHARISTIC COMMUNION BETWEEN STOC AND ROCA)

We know that the STOC was begging for eucharistic communion with the GOC Kallinikos-Cyprianite medley. When that shipwrecked, it started opening other doors. Precisely with bishops who Kallinikos GOC could never accept. Read on!

Here I quote from the article “Response of the Synod of Bishops of the RTOC to Bishop Akakije’s interview published on the Serbian Portal” addressing Bishop Akakije of the STOC,

In 2016, without consulting the Synod of Bishops of the RTOC, who gave you Apostolic succession, you took under your omophorion a large number of faithful from the Russian True Orthodox Church – the Lesna Monastery in France, along with several Western European parishes. This happened after the Lesna Monastery tried to obtain a canonical release from the Synod of Bishops of the RTOC, but was denied. The only parish from the mission of the Lesna Monastery which refused to leave its legal, and canonical bishop was the parish of St. Michael the Archangel in Guildford, England. Even as the Lesna Monastery had no canonical reason to leave the Russian True Orthodox Church, similarly you also, Bishop Akakije, had no canonical justification for receiving them into the True Orthodox Church of Serbia. The only justification published by you upon receiving the Lesna Monastery was that the Russian Church “changed its course” and acquired a “new ideology” (from your “Decision” addressed to Abbess Makrina). This was viewed by our bishops as being absurd. In any case, you still have not explained what this “new ideology” might be! And, what is even more absurd, you severed communion with the Russian Church, which, of course, you would have been obliged to do, if our Church really did adopt a “new ideology,” that is heresy.

Let us turn to questions which concern you directly, since they relate to your confession of Faith, and your hierarchal status. In 2014, after you came to the conclusion that the unification between the Greek True Orthodox Church, the schismatic Cyprianites, along with the schismatic Agafangelites was Orthodox and canonical, you found yourself desiring to unite with them. For eighteen months you tried to convince us, the hierarchs of the Russian True Orthodox Church to whom you owe your bishopric, and whose confession of Faith you agreed with until then, to accept your “new ecclesiology” of compromise and union with schismatics. Politely, but firmly, we expressed our refusal.

Then, in September of 2015, you sent a letter to the Synod of the RTOC in which you insisted that the Russian hierarchs should follow your new path. Otherwise, you wrote, if the Russian and Serbian bishops do not address the Greek bishops together, and if “we do not start and finish this to the end, and do not give them the opportunity to unite [with us], then we will become prosecutors, judges and executioners.” Amazingly threatening words, and, additionally, completely unjust! How could you forget that the Russians and Greeks worked towards union from 2008 to 2011, and in the end, it was the Greeks who broke off relations after refusing to join us in ordaining you bishop. Furthermore, after that, they uncanonically declared the entire Serbian Church to be without Grace (encyclical of August 9/22, 2011).

Then, you traveled to Greece and spoke to their Synod, asking for forgiveness for the “sin” of accepting the episcopal ordination without their consent, when, in fact, it was the Greeks that had sinned, when they tried to appropriate another local Church (Serbian), and refused to allow the Serbian Church to have its own bishops in violation of the 85th canon of the Council of Carthage, and the 8th canon of the Third Ecumenical Council.

At that time, many True Orthodox were shocked by your unscrupulous act. Our Church gave you hierarchal ordination and thereby revived the STOC. And you, after a few years, run with a penitent letter to Archbishop Kallinikos, the one who derailed communion between the GTOC and the RTOC in 2010, and who entered into communion with Agafangel, who considers the RTOC to be schismatic!…….. Soon thereafter, you filed an official petition to enter into communion with the Greeks, the Cyprianites, and the Agafangelites, but they rejected you. No surprise here! Nobody needs ambitious defectors. They have no respect anywhere, and they are not to be trusted…..Since then, you act as if your formal association with us means nothing to you at all. Thus, it appears that you support the Omsk schismatics – the heretical Cyprianites (whose odious epistle was published on Lesna’s website), and who were deprived of their priestly rank by our Synod of Bishops for rejecting our confession of faith regarding the Moscow Patriarchate.

” Whom shall we now consider you to be? Is one a bishop who considers his own canonical ordination a sin and “unauthorized?” If you really did consider your episcopal consecration to be a sin, then logically, you would have to put aside your episcopal rank, and retire to the monastery to repent until the end of your days

It is no secret that Bishop Akakije praised (even in writing) the union with the Cyprianites. Now as you will soon see, he asked that his so-called “ROCA” repent of being ordained by the Cyprianites!

What here is called ROCA is a “synod” with no synodal organization whatsoever. It is comprised of Archbishops Andronik (ordained by Agafangel and the Cyprianites) and Sophrony who had both been defrocked by Agafangel. This thing that is not a synod at all is what also ordained “Bishop” Andrei Erastov who is mentioned as signing this new potpourri of bishops. Bishop Andrei was elected and ordained by bishops not belonging to the same “synod”. An election beyond the borders of a synod.

in the Lesna Monastery, in November 2018, between those seeking rapprochement, the so-called fragments of ROCOR, essentially identical to the schismatics who were deprived of their dignity for canonical crimes (i.e., your wards – the Omsk “clergy”), the following was stated:

“Both parties agree that Patriarch Tikhon’s Ukaz No. 362 is our common canonical foundation. Although the creators of Ukaz No. 362 had implied the territorial organizing principle of Church Districts/Diocese, however, under current circumstances, due to the loss of episcopal authority after the union of the majority of the ROCA’s bishops with the MP, Church Districts/Diocese can also be built on the principle of personal trust in a bishop. The clergy and laity have the right to determine how they organize themselves, which bishop to turn to in order to organize their church life, and it does not matter in which territory this bishop performs his ministry.”

This could be viewed by Orthodox people that you, and those like-minded with you, are recommending the rewriting of the Canons of the Universal Church! What is this, if not a new renovationism

Synod of Bishops of the RTOC

In October 2018, the Agafangel Synod deposed two of its bishops (Archbishop Andronik of Ottawa and Eastern America and Archbishop Sophroni of St. Petersburg, Russia), and summoned the
suspended Abbot Andrei (Erastov) from Australia.

As usual, one schism breeds another. Soon, Archbishops Andronik and Sophroni left
Agafangel’s synod for reasons of administrative disagreements (i.e., not for canonical matters of
Faith). Almost simultaneously, Bishop Stefan (Sabelnik) left the RTOC Synod for similar
reasons of administrative disagreements. All three bishops were suspended and retired by their
respective synods for such uncanonical actions.

Claiming to be preparing their new “church” for the “last times,” all three bishops ignored
their respective synods’ decisions to suspend and retire them, and proceeded to form a “quasi
synod” with no particular administration. Of course, they too claimed to be the continuation of
ROCOR.

The first major decision of this quasi synod (or The ROCOR of the Last Days) was to make
the suspended Abbot Andrei Erastov a bishop. As absurd as this new schismatic organization is,
what is more astounding is that Abbot Andrei agreed to such a ridiculous ordination. Of course,
Abbot Andrei was also a clergyman of the Agafangel Synod.

And now all of these clergymen have formed a new union!

In their joint statement, the STOC and “ROCA” says, ‘The situation in the world obliges us, true-orthodox Christians, to close ranks for the sake of a more active opposition to evil”. Is this why Bishop Akakije waged war with the very synod who ordained him? Or is this the reason that Bishops Andronik, Sofroniy, and Andrei broke communion with their synod? For close ranks and active opposition to evil? 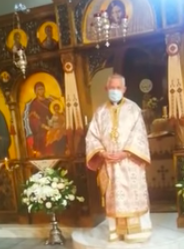 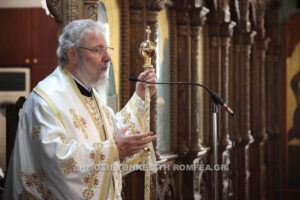