A Crowned Wrestler – Archbishop Theophan of Poltava
From the lives of the desert-fathers, we see tangible evidence of the existing reality of the aerial realm. Armed with long hours of prayer and rigorous fasting, these saints manfully withstood the onslaughts of the demonic powers who often appeared to them in visible, hideous forms. As Christians slackened in their pursuit of the heavenly kingdom, the battle became less apparent; the material world only contributed to the weakness of Christian struggle; it saturated the soul with earthly impressions, weighing it down and obstructing its passage heavenward. Those rare individuals who developed the spiritual stamina of the ancient desert-dwellers, unleashed upon themselves the fury of the demonic powers no less cruel than that of centuries ago. This is evident from the life of Archbishop Theophan of Poltava, an outstanding hierarch and pillar of the Church in our own day, who was like unto the early desert-fathers in his resolute struggle against the prince of darkness. May this make us more conscious of the spiritual warfare which we too must wage if we wish to join the company of the saints.
We wrestle not against flesh and blood, but against…the rulers of the darkness of this world.    (Eph. 6:121

Archbishop Theophan was uncompromising with regard to the teaching of the Holy Orthodox Church. He was deeply pained by the movements of the “renovationists” and “living church” adherents, which disrupted the Church in Russia in the years after the Revolution. Equally strong was his opposition to the teachings of liberal Church thinkers such as Soloviev and Bulgakov, popular among the Russian émigré intelligentsia. He saw that any attempt to modernize or to make concessions to the spirit of the times could only result in undermining the faith, in robbing the “salt” of its savor. Even the modernists, however, could not but respect such a spiritual giant of Orthodoxy. During the Russian Councilor 1917-1918, some of them approached him respectfully: “…The waves of the times flow swiftly, changing everything, changing us; one must give in to them. You, too, must give in, Vladika, to the raging waves,… Otherwise with whom will you be left? You will be left alone.” “With whom will I be left?” Vladika meekly answered them. “I will be with St. Vladimir the enlightener of Russia. With Sts. Anthony and Theodosius the Wonderworkers of Kiev Cave s Monastery, with the holy Hierarchs and Wonderworkers of Moscow. With Sts. Sergius and Seraphim and with all the holy martyrs, God-pleasing monks and wonderworkers who have gloriously shone forth on Russian soil. But you, dear brothers, with whom will you be left if even with your great numbers you give over to the will of the waves of the times?”     Vladika’s temperament was unsuited to administrative demands. Like Bishop Theophan the Recluse, he asked to relieved of his duties, and in 1931 he left for France to spend the rest of his life in solitude. There he settled as a hermit in some caves, where he could give himself over entirely to a life of prayer. Truly, here was a desert-father of recent times whose unceasing warfare for the sake of the kingdom of heaven drew upon him the grace of God, endowing him with gifts of prophecy and clairvoyance witnessed by his spiritual children. The memoirs of E. Y. Kontzevich leave no doubt that Archbishop Theophan received from the Lord a heavenly crown and now rests with the saints:“..When I was informed of his death, an unexplainable torrent of bitterness seized me; I wept, knowing that a real saint had left this earth, leaving spiritual emptiness behind him and making this world gray and dull. At that time I had a terrible and unceasing toothache which gave me no peace. In agony, a flash of hope enlightened me: I turned mentally to Vladika as if he were alive right here and could hear me, and I prayed to him for help. Instantly the pain stopped! Although I never doubted his sanctity, this miraculous intercession was to me a clear sign of his being indeed a saint of God!”

(Compiled from The Orthodox Word, Sept-Oct.. 1969, and a short life written by Archbishop Averky, Jordanville, 19724–in Russian) 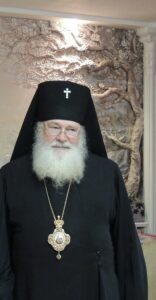 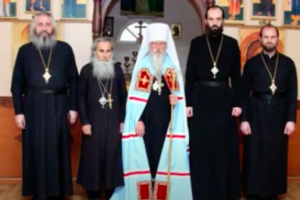 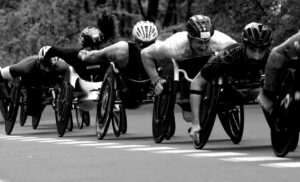 Those Who Have Endured to the End